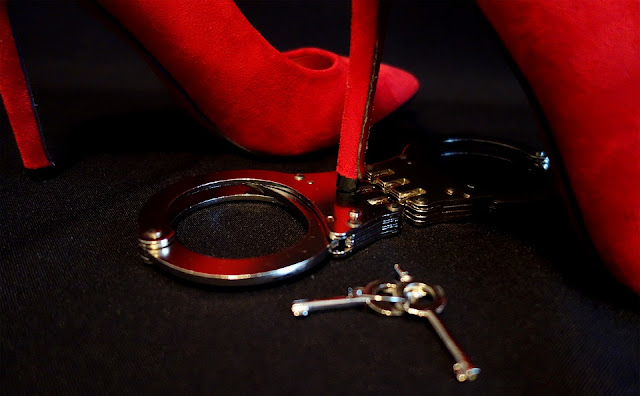 Many couples will admit sex can become predictable over the course of a relationship. We all know the routine: we go to the bedroom, turn off the lights, and have sex (almost) always in the missionary position until we're done. Although there's nothing wrong with “vanilla” sex, some couples choose to spice things up in the bedroom a la Fifty Shades of Grey.

So, does our urge for naughty, uninhibited sex reflect an underlying psychological disorder, or is it just a part of a healthy sexual lifestyle?

Currently, in the Diagnostic and Statistical Manual of Mental Disorders, Fifth Edition(DSM-5), used by mental health professionals, individuals are diagnosed with "sexual sadism" if they experience sexual excitement from the psychological or physical suffering (including humiliation) of the victim. They must meet the following criteria:

1) “Over a period of at least 6 months, recurrent, intense sexually arousing fantasies, sexual urges, or behaviors involving acts (real, not simulated) in which the psychological or physical suffering (including humiliation) of the victim is sexually exciting to the person.”

2) “The person has acted on these sexual urges with a nonconsenting person, or the sexual urges or fantasies cause marked distress or interpersonal difficulty.”

Someone who identifies as a kinky sadist is often looking for this, or even more than just the pain experience.

Wanis stresses Grey made the choice for her, without considering whether she had an opinion, or whether that opinion means anything or not.

“When we are practicing things that have the potential to harm—and I'm using the word harm to mean lasting damage versus hurt to mean current pain—communication and consent are critical,” Claus said.

Although we know what can trigger our curiosity, why do some of us enjoy it more?

“Dominants and submissives come from all walks of life,” Claus said.

For example, in Fifty Shades, Grey is a high-powered leader of a company, which may seem obvious for a dominant man. However, a man or woman who might be in charge in their professional life may want to give up that power in the bedroom.

“Power is the greatest aphrodisiac,” Wanis said. “… giving oneself over to a dominant person represents becoming consumed by the power, which in turn creates sexual arousal.”

A popular misconception is if you’re submissive in the bedroom, you’re weak and have low self-esteem. A partner who chooses to submit to a lover in a consensual, healthy relationship shows a lot of power.

Dr. Jess O’Reilly, Astroglide’s resident sexologist, has found many submissives are actually quite powerful people who manage great responsibilities in their professional and personal lives.

“Being submissive in bed allows them an opportunity to play an alternative role and alleviates some of the regular pressure associated with their everyday lives,” she told Medical Daily.
Top, Bottom, And Switching

It's often mistaken doms are always on top, and submissive are on bottom. A person can simultaneously adopt the role of bottom and dom, known as topping from the bottom. Meanwhile, a bottom can be a submissive partner; someone who receives stimulation, but is not submissive; and someone who enjoys submission on a temporary basis.

Couples tend to have a preferred role they mostly play, but some enjoy alternating roles, known as "switches."

“You can have a highly egalitarian relationship and still engage in kinky sex in the presence of ongoing informed consent,” said O’Reilly.

“These benefits spill into other areas of the relationship (e.g. parenting, division of labour, emotional expression) and serve to deepen their existing bond,” she said.

5.Pain Is Pleasure: Why It Feels So Good
Several couples will admit they get pleasure from experiencing pain, or inflicting (consensual) pain on others. Yet, some of us will yell in pain when we twist our ankle or break a bone, and even a papercut can produce misery. There’s actually a difference between good pain and bad pain.

“Interestingly, our brain processes social rejection in the same place where it processes physical pain. When we experience pain in a sexual act, we’re going to enjoy that pain differently, because we have a different interpretation to it than an accident where we don’t have control,” Wanis said.

When we experience bad pain, this indicates something is not right, and needs immediate attention. However, when we feel good pain during sadomasochism — giving or receiving pleasure from the infliction or reception of pain and humiliation — it is enjoyable. A 2014 study found sadomasochism alters blood flow in the brain, which can lead to an altered state of consciousness similar to a “runner’s high” or yoga. Brain changes were seen in the prefrontal and limbic/paralimbic pain regions when participants either received pain or gave pain.

Here, the pain led the central nervous system to release endorphins, which are proteins that act to block pain, and promote feelings of euphoria.

It seems pain and pleasure have always been intertwined.

In a 2009 study, published in The Journal of Sexual Medicine, researchers found sexual arousal through overemphasized hierarchy, like dominant-slave play, can represent a reproductive strategy. Role play allows someone who has a need to be dominant to feel dominant, and someone who is submissive to be able to reproduce. It joins two people who have varied, but complementary, sexual preferences to reap benefits from each other.

“We want to break the taboo, and that becomes sexually exciting,” Wanis said.

If we’re willing to hand over our physical, mental, emotional, and psychological safety to our partner — that’s more than just kinky sex, that’s trust. Hopefully, that trust has been earned.