What is shibari, the art of Japanese rope bondage, and how can you practice it?

Japanese rope bondage – more often known as ‘shibari’ – is an ancient art form which is becoming ever more popular. 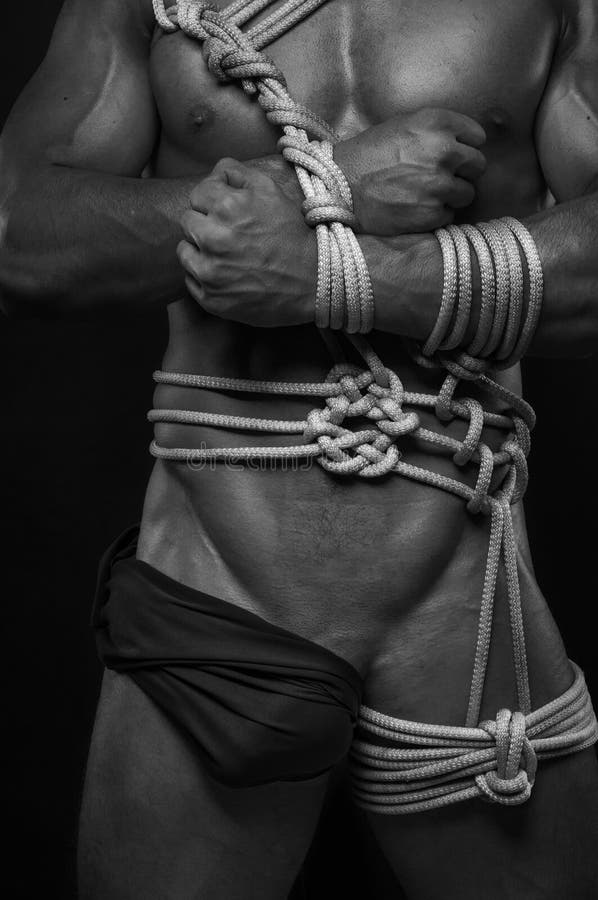 Although often associated with fetish practitioners, shibari is a learned skill that can be used for mental stimulation and relaxation, both by the roper (usually called a rigger) and the person being trussed up (the model or ‘bunny’).
When done well, it is incredibly beautiful.
When done badly, it can be dangerous – but it’s a skill that most people can learn.
I spoke to five people for whom shibari is a intrinsic part of their lives and asked them what makes them want to play with ropes. Djfet runs the South Coast Shibari group – I asked her what attracted her to such an unusual craft.

Why shibari?
‘I am hyperactive with a very fast brain, but due to the intense connection and slow build up and removal of rope, shibari allows me to be mentally still. ‘There is no point in fighting bonds if you are stuck – there comes a time when you need to accept it and simply ‘be’. ‘I love the beauty of it and how the women look so feminine, but people get into shibari for millions of different reasons. ‘Perhaps they like being restricted. Some like the control of binding someone else, others enjoy the intense emotional connection. ‘Being the centre of someone’s full attention is intoxicating, seductive, intimidating and demanding.’

How did you learn the ropes (sorry!)?
‘I started with the internet but you very quickly need other people to bounce ideas off. ‘I went to my local peer rope group and it blew my mind – a whole room full of people who liked the same thing that I did. ‘A room of people in leggings and t-shirts giggling, laughing, being intense, being caring with each other – and eating a lot of cake! ‘I started to attend specific workshops and extended my skills. ‘When I moved south I found there was a gap in the local area so I gathered my courage and set up South Coast Shibari. ‘I still attend workshops and private tuition with more experienced practitioners and in turn I teach and give private tuition myself.’

What do you get out of it?
‘I adore zoning in on the person I tie with. ‘I find out what mood they are in and always negotiate what they want – and really don’t want – before I tie them. ‘Seeing them become free and relaxed is a huge gift to both give and receive. ‘When I am tied myself I still get that sense of quiet inside my head – the space where my thoughts aren’t racing at a million miles an hour.
‘For me, this is not a sexual act – which is not to say that it doesn’t become erotic; after all it’s primarily an erotic art form.
‘When I teach I feel really honoured to give people the skills they’ve been looking for.
‘I’m the house rigger at FILTH fetish club in Brighton and the amount of women who ask me to tie them is phenomenal. ‘They see me as a safe way to try the experience without being hit on. They want to feel bound, beautiful and feminine – just as I did when I first started.’
Emma Ai is both a rope model and a rigger.
‘I started with shibari four or five years ago as a model and for the last three years have also been a rigger. ‘My first shibari experience was during a photo shoot in Barcelona.The ropes and positions were amazing, I fell in love at first sight. ‘The sensation was totally unexpected… I was really nervous but wrapped and suspended I just felt amazing freedom. ‘It was a mix of adrenaline, pain and pleasure and I became addicted to the experience.

‘Shibari provides that mental break all of us need sometimes. ‘I think it’s because you have to totally trust the person who’s going to tie you and just let yourself drop like a doll. ‘You must be prepared physically and mentally. ‘As a rigger, you have to know exactly where you can run your ropes around the body and where to tie your knots if you are suspending someone, because if you don’t know what you’re doing you can seriously injure your model.’

What is shibari? Shibari developed from Hojo-jutsu, an ancient Japanese method of restraining prisoners. Samurai took pride in treating captives well and showed their respect by tying them with elaborately artistic bindings. This eventually developed into Kinbaku-bi – literally ‘the beauty of tight binding’ – which is now more commonly known as Shibari. Although it is often associated with BDSM-style eroticism, shibari isn’t always sexual – many people indulge in it purely as an art form.

Zoe
‘I was on the fetish scene for years before I tried rope – I used to think it was boring and far too much trouble for too little reward. ‘But I was dating someone who really liked rope – one afternoon I decided to give it a try, so I tied my friend up (very inexpertly) and watched this amazing reaction: the eyes roll back in bliss and this spaced-out silly grin appears.

‘I thought ‘hmm, NOW I see the point of playing with rope’. ‘I’ve been to groups and classes since because I don’t want to appear completely incompetent in front of anyone I’m playing with, but I enjoy just messing around with a willing victim and some lengths of hemp. ‘It seems to work best on people who like the idea of being temporarily helpless and at someone else’s mercy – and if they are into a bit of ‘good’ pain they like it even more.’

‘I discovered ropes in 2013 and fell head over heels in love with it. ‘I met my partner at my first ever rope event and we’ve been together ever since. We’ve been teaching and performing internationally since 2014 and opened our own venue in 2015. ‘There’s an ever growing interest in learning shibari. ‘Our mission is primarily education and we’re focused on the teaching of shibari knowledge, with regular workshops from total beginner to advanced skills. ‘Being a female-led space, we seek to empower our audience and students when it comes to their bodies and their sexuality by giving them the vocabulary and tools to work with that go beyond just the ropes. ‘Our clientele ranges from young to old, of all genders and ethnicities and all shapes and sizes. ‘Some come with partners, some alone – it’s very easy to make friends and find partners to tie with during the socials and rope jams.’

Neil is longtime shibari enthusiast – I asked him for tips on tying.

‘I love the flexibility of rope, it works whatever your partner is into. ‘Submissive? A few quick ties and you’re in control. ‘Do they like the stillness and calm of being immobile? Take your time and truss them up like a chicken.